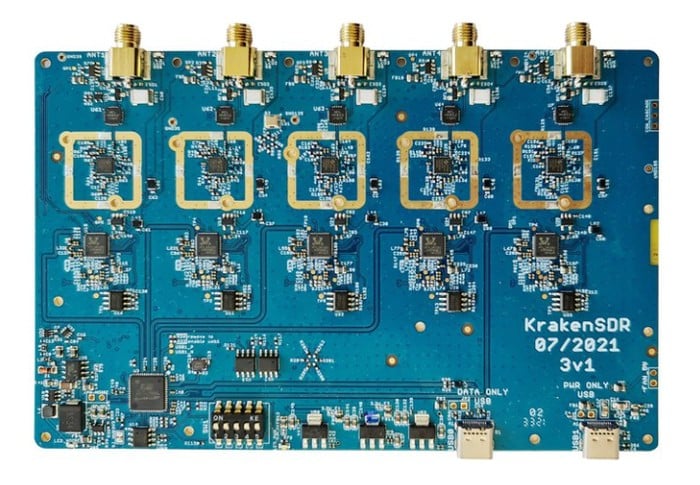 KrakenRF has launched a new project via the Crowd Supply website for their new KrakenSDR phase-coherent software-defined radio with five RTL-SDRs. The project has already raised over $200,000 thanks to over 500 backers with still 30 days remaining. A coherent radio allows for very interesting applications, such as radio direction finding, passive radar, and beamforming.

To get started using the KrakenSDR you will require a USB Type-C cable, a 5 V / 2.4 A+ USB Type-C power supply, and antennas, such as the companies magnetic whip antenna set, or antenna that is appropriate to your application.

“We’ve already obtained all the long-lead-time parts for the first batch of 1,000 KrakenSDRs, so the first batch will ship about six months before any others. If you back the project during the campaign (even if you are not in the first 1,000), you’ll save $100 off the eventual retail price of $399.”

Possible applications for the KrakenSDR

KrakenSDR improvements when compared to KerberosSDR