Kondo has today announced that it is releasing a new mini humanoid, the KHR-3HV Black, that’s stands 40cm tall and weighs around 1.5kg and look fantastic.

The mini humanoid comes complete with USB port connection, 17 joints and a 10.8V-800mAh nickel battery. But if your interested be quick as the KHR-3HV Black production is going to to be limited to 100 units. 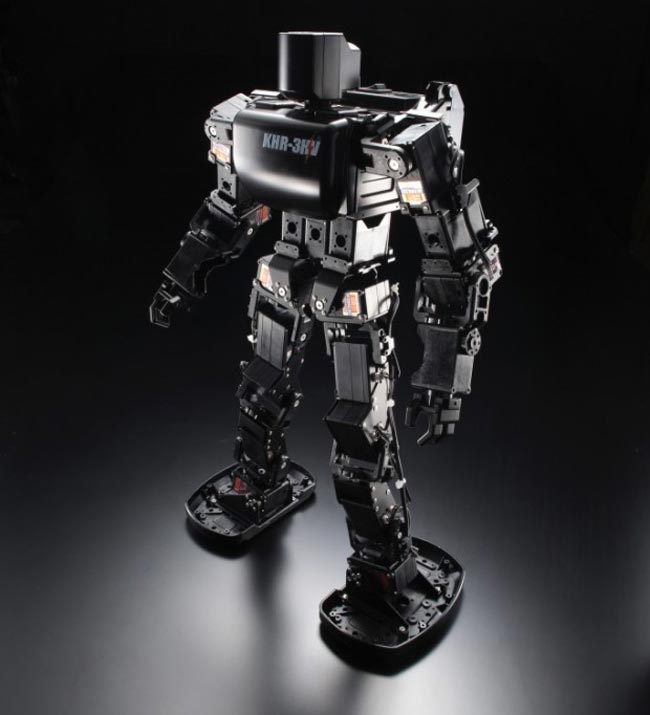 The functionally the Black KHR-3HV is identical to the stock model Kondo produces, but for the Limited Edition Black model all the aluminum frame pieces have been anodized black to create an awesome looking robot.

The KHR-3HV Humanoid Robot operates on Heart to Heart software, upgraded to version of 4, adding new motions and a new type of programming.

Kondo will start selling the KHR-3HV Black on December 16 for $1,380 plus tax, and unfortunately only in Japan.