Hacks for the Kinect device for the Xbox 360 have been seen before, and the thing most have in common is that they do nothing particularly interesting. If you are a fan of the PC shooter Call of Duty, this Kinect hack is very interesting. 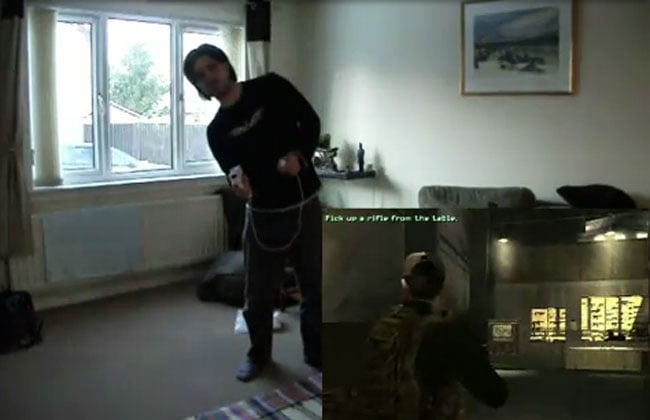 A geek going by Demize2010 on YouTube has taken the Kinect and hacked the thing to work with his PC for turning gestures and motion into controls for Call of Duty on the PC. That wasn’t enough hacking for the dude so he went on to rig the Wii Remote and Nunchuk to control movement, aim, and shooting.

Now he can aim the Wii remote at the screen to shoot the bad guys and when he wants to do things like lean around a corner, he simply leans. The Kinect senses the movement and turns it into the in-game equivalent. Really cool!