We have written about a number of Kinect hacks here on Geeky Gadgets over the past weeks since the Kinects launch. But this Autonomous AR.Drone Hack by the team over at Hybrid Systems lab in the University of California has to be my favorite to date.

The team has added a Kinect motion controllers and a 1.6GHz Atom Ubuntu computer to a Quadrocopter to allow it to now calculate its surroundings and fly without human intervention. Watch the video after the jump to see the hack in action. 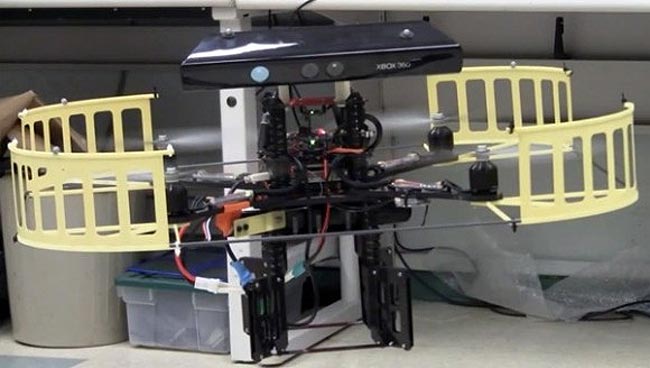 The teams Pelican quadricopter is currently being used on another project but has been modified and is now capable of mapping the terrain around itself  using the Kinect device. Allowing it to avoid any obstacles in its path.

The hack also uses a Vicon motion-capture system to control lateral and yaw movement and also act as a backup for the Kinect’s altitude data should that fail at any time.

Via Slashgear Via Hybrid Systems lab