We have featured a number of Kinect hacks here on Geeky Gadgets but none that combine a Kinect, iPhone and iPad to create some fun Dodgeball action.

The systems uses to the Kinect to track the girl players movements and help her catch balls thrown at her. The balls are being thrown by the players holding the iPhone and iPad using the TouchOSC app using a XY pad on the left and the button on the right. The longer the button is held down the more points the ball is worth, but if the main player catches it they get the points.

Watch the video after the jump to see the Kinect iPad, iPhone Dodgeball Hack in action. 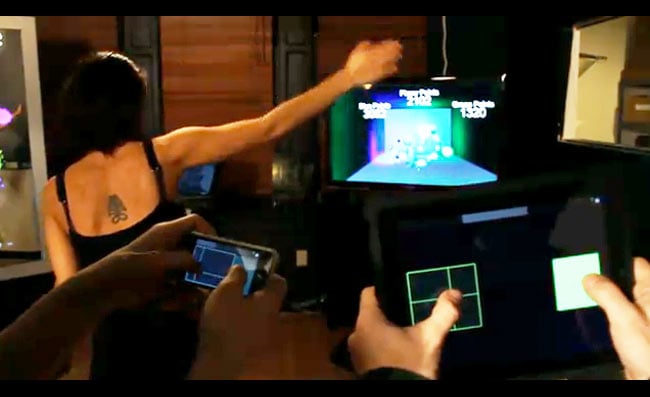 The hack has been created by the SuperTouch Group and the interesting cube at the beginning controls which demo is being played. It uses and accelerometer to detect what side is up. Each side of the cube is labeled with a different Kinect demo.