Kim DotCom has launched a preview of his new music streaming site, which is called Baboom, and to showcase how the site will work, he has launched his own album.

Kim DotCom’s album is called “Good Times’ and it is available to download for free and also stream on his new Baboom music site. 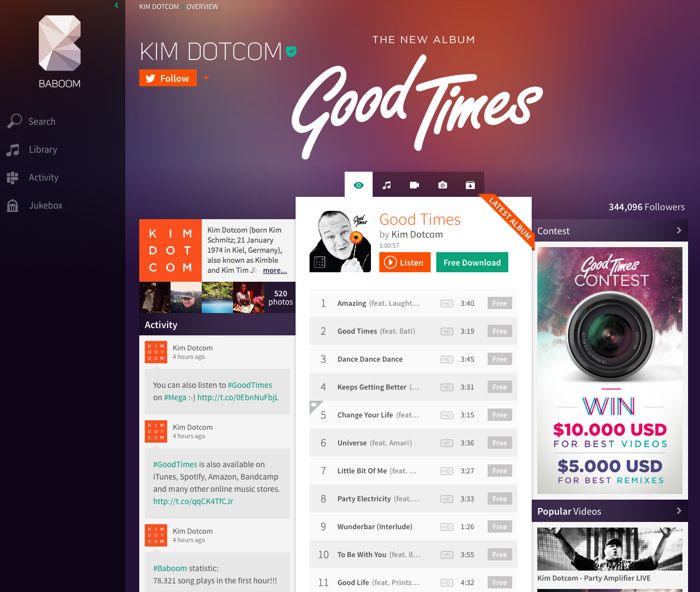 The Baboom music service is expected to launch later in the year and it will offer music streaming plus paid album downloads.

Baboom will come with some soft of advertising plugin that will give you free music in exchange for installing the plugin in your browser.

As yet there are no details on exactly when Kim DotCom’s Baboom music service will launch, you can find out more details about Baboom at the link below.