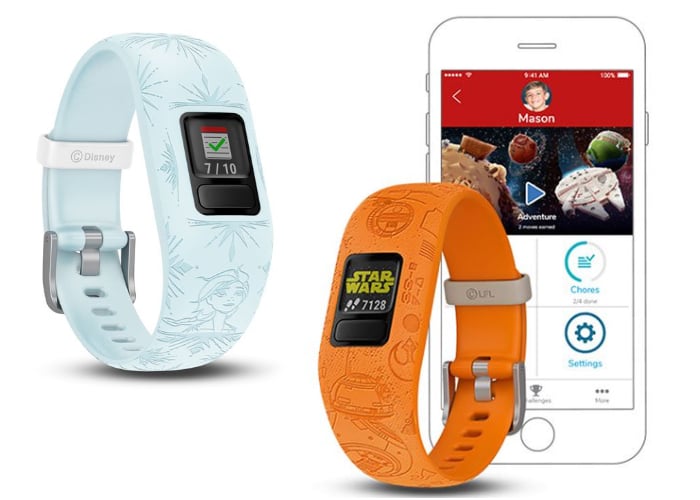 Garmin has launched new additions of its vívofit jr. 2 kids fitness tracker offering new versions themed with both Disney Star Wars and Disney Frozen 2. In preparation for the new Star Wars movie that will be arriving in a few months time and Frozen 2 which will be premiering worldwide on November 22, 2019

“Three years after the events of the first film, Elsa starts to hear a strange sound from the north calling her. Together with her sister Anna, Kristoff, Olaf, and Sven, they embark on a new journey beyond their homeland of Arendelle in order to discover the origin of Elsa’s magical powers and save their kingdom.”

“Let them train like a Jedi with the Star Wars vívofit jr. 2 fitness tracker¹ for kids. Featuring a 1+ year battery life and parent-controlled app, kids unlock exclusive Star Wars app adventures by hitting their 60-minutes daily activity goal. Get moving to help save the Galaxy!”