Kensington has unveiled a new accessory for the iPad 2 that will help keep the tablet safe and secure in public environments. The new case is called the Kensington KeyFolio Secure and it uses the security cable and lock that Kensington has been famous for making for years. 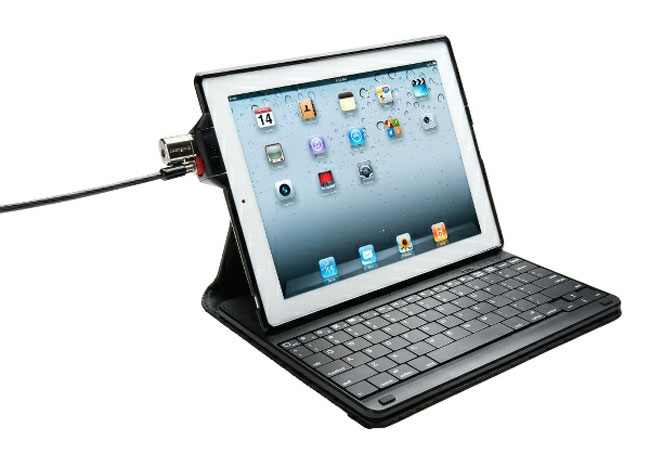 This particular case is built specifically for the iPad 2 and has integrated Bluetooth keyboard that can be removed. The case features an integrated security anchor and ClickSafe lock to protect the iPad from theft. The case also has a loophole for a stylus or pen.

The case leaves all ports and controls for the iPad open and easy access including the 30-pin docking connector. The keyboard connects to the iPad via Bluetooth and when closed the keyboard case protects the screen of the iPad from damage. Pricing is unknown at this time, but Kensington’s cases generally range from about $60 up to around $100.