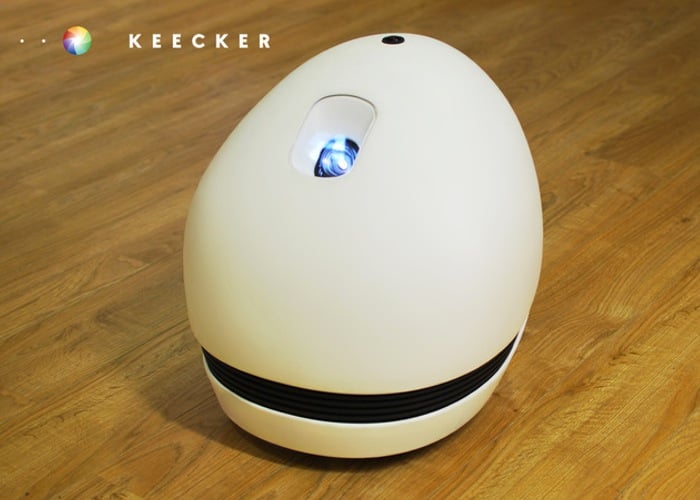 Some of our readers might remember the KEECKER media robot which was unveiled at the beginning of this year, and is fitted with a projector and 360 degree sound system.

The KEECKER robot is a mobile media home pod has been designed to be able to transform any flat surface into a screen and move around with you wherever you may be within your home or office. Watch the video after the jump to learn more about the KEECKER project and see it in action.

The KEECKER project is currently over on the Kickstarter crowd funding website looking to raise $100,000 in pledges to make the jump from concept to production. Its creators explain a little more about their home media robot.

KEECKER is the result of that dream and we’re so very excited to share it with you today! “

So if you think KEECKER is something your viewing and audio home experiences could benefit from, visit the Kickstarter website now to make a pledge and help KEECKER become a reality and become one of the very first to own on with pledges starting at $1,900.