Unfortunately for some Mac users who have tried to use the Kaspersky Lab Flashback removal tool, in some cases the software released by Kaspersky has caused more problems than its solved. 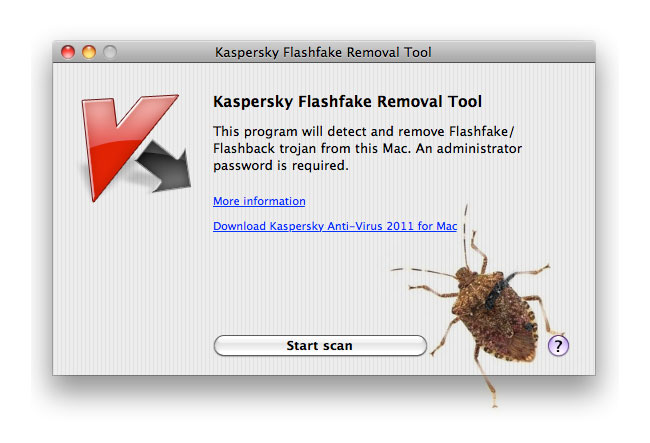 Unfortunately for some Mac users if they ran the software it can cause worse problems. Including erroneous removal of certain user settings including auto-start configurations, user configurations in browsers, and file sharing data. Kaspersky has now issued a statement explains:

“The Kaspersky Flashfake Removal Tool has been temporarily suspended. The company will release an updated version of the utility with the bug corrected and will send a notification as soon as it’s available.”

“In the event that users experienced problems due to the use of the Flashfake Removal Tool, they should contact Kaspersky support at techsupport@kaspersky.com or by calling Moscow at +7 (495) 797-70-32 for 24/7 help in English or Russian,” the company added. “Kaspersky Lab apologizes for any inconvenience caused by this issue and is working diligently to correct the problem.”

Apple has now released their own fix for the Flashback malware which is available as an update for Mac systems running Lion OS X. If you are running Snow Leopard or older versions. Apple suggests that you disable Java in the web browser’s preferences, section.