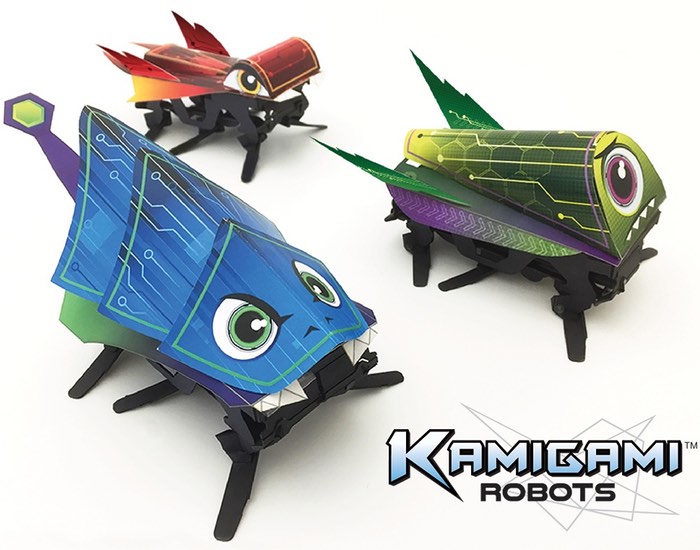 Dash Robotics has created a new origami robot called the Kamigami which is provided in a kit form allowing children of all ages to learn more about building programming and evolving robots.

Watch the video below to learn more about these unique robotic kits that have been designed specifically with children in mind and are available to back from just $49.

The Kickstarter campaign is looking to raise $50,000 over the next 30 days and has already raised over $16,000 thanks to over 200 backers. The creators of Kamigami explain more about their inspiration.

So we created Kamigami: lightning-fast, origami-style robots you can build, program, play with and evolve. During the past year, we shared our robots with local schools and camps and the response was overwhelming. And now we want to share them with everyone.

Kamigami are the world’s first lightning-fast, origami-style robots that you can build yourself! Our robots are perfect for those looking for a fun, spring-to-life, do-it-yourself project that won’t break the bank. It’s a great educational tool for kids that want to get an early start in robotics, engineering, and biology, as well as a great platform for makers that want to dig in and take robotics to exciting new places.

Visit the Kickstarter website to make a pledge from $49 to get your very own Kamigami robot and start experimenting via the link below.