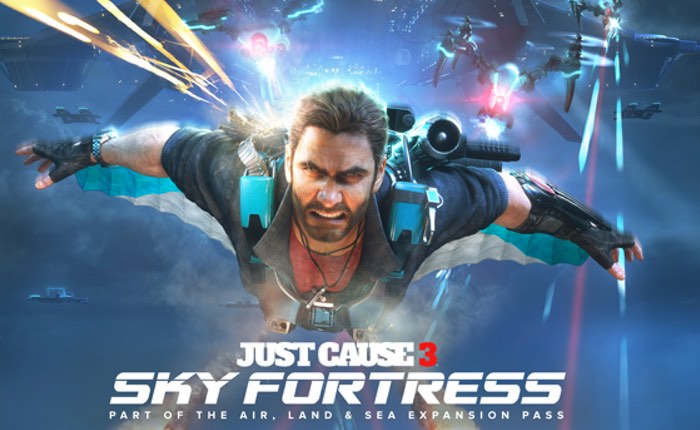 Gamers considering purchasing the new Just Cause 3 Sky Fortress DLC that will be launching next month, might be interested in a new gameplay video which is being published by the Outside Xbox website providing a glimpse of what you can expect.

The DLC will be available to play on PlayStation 4, Xbox One and PC and allows you to become a flying fortress using the Bavarium Wingsuit checkout the gameplay video for the Just Cause 3 Sky Fortress DLC below.

Just Cause 3 DLC Sky Fortress straps a missile-launching jet pack to Rico, transforming him into a human fighter jet. He’s going to need it to reach the new Sky Fortress itself: a high-tech high-altitude helicarrier full of bad people and their drone army. Subscribe for more Just Cause 3 gameplay!