We have featured a number of different cases for the iPhone 4 and iPhone 4S here at Geeky Gadgets, the latest one is a Kickstarter project and it called the JuiceTank.

The JuiceTank features a built in wall charger, which means you can just plug your iPhone 4 or iPhone 4S directly into a wall outlet to charge your device, which seems like a cool idea. 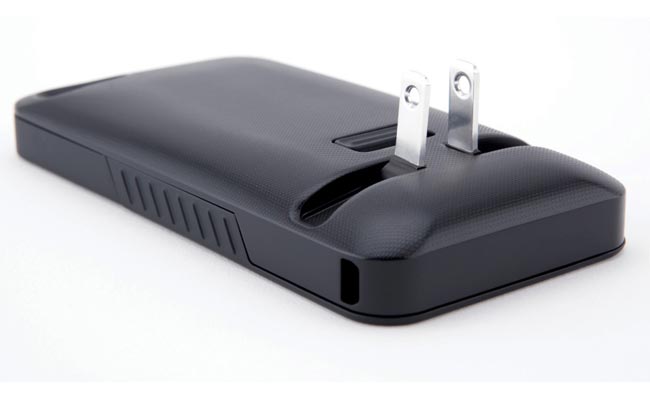 Jesse Liner and Lloyd Gladstone are the guys who came up with the idea for the JuiceTank, and they are trying to raise $125,000 in Kickstarter to put it into production.

The JuiceTank case will retail for $70 when it goes into production, but it looks like you can get it a little cheaper if you get in early as the first 400 are offered for $40 after those are gone the case will be available for $55 on Kickstarter.