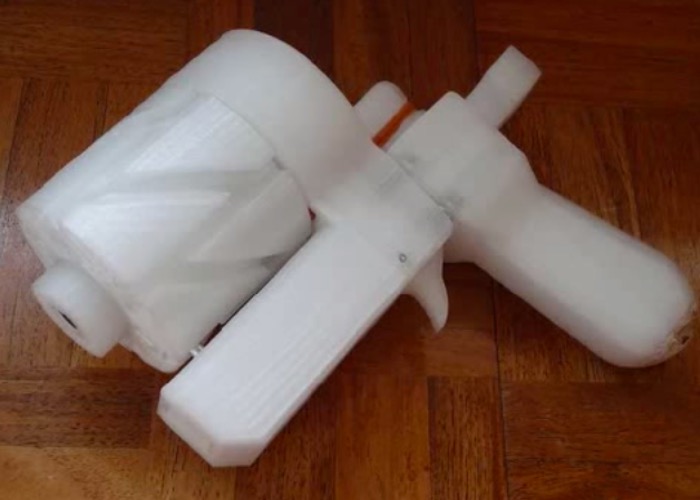 Back in 2013 Defense Distributed is a non-profit organisation based in Texas within the US published on the Internet construction files for a 3D printer gun. That allowed anyone who owned them to use a 3D printer to print out their own firearm.

After the files were published online and were downloaded more than 100,000 times the US government stepped in and requested that the files be removed from the Internet.

This week a Japanese man has been jailed for two years for building two 3D printed guns and is the first man in history to have been jailed for making a weapon using 3D printing technology.

Yoshitomo Imura, 28 faces two years in prison for making to 3D printer guns on his home 3D printer in Kawasaki, Japan, according to local news reports. Japanese law includes stripped gun-control that prohibit anyone from possessing or manufacturing guns whether they are 3D printed from plastic or not. Mashable reports :

“Imura was arrested in May after he had uploaded a video showing how to manufacture his gun, dubbed the ZigZag. The gun appears to have been inspired by the Liberator gun, the world’s first 3D-printed pistol, created last year by Texas gunsmith Cody Wilson, although it doesn’t have the same design.

Judge Koji Inaba, of the Yokohama District Court, defined Imura’s actions as “vicious” because he released the video in order for other people to imitate him and build their own weapons, according to the news service Jiji Press.”