The new iOS 4.2 update has converted the iPads screen rotation switch to a mute button to reflect iPhone 4’s. However not everyone is over the moon about this change, which Steve Jobs has confirmed is here to stay.

If you are missing the iPad lock screen switch, there is a way to re-enable it if you jailbreak your iPad. 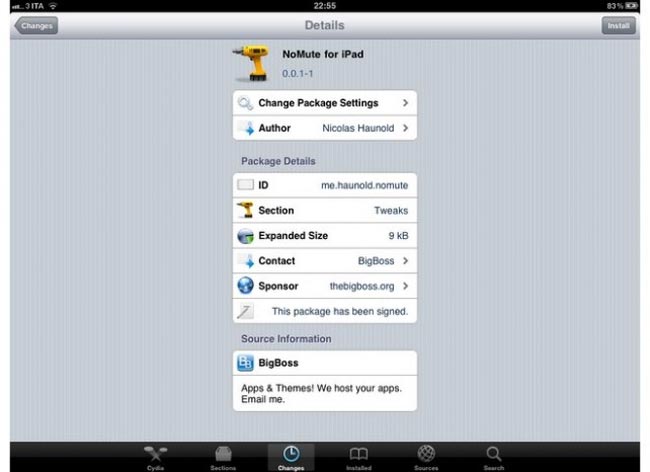 A free tweak which is available in Cydia via the BigBoss repository, called NoMute, can grant users an orientation-lock switch quickly and easily.

Via Apple iPhone Apps Via 9to5Mac