Since tablets are an infectious trend, one of Italy’s most revered electronics companies has come out swinging with their own sleek beast. The Olipad 100 is a 10″ rectangle of goodness armed to the teeth with a 1024×600 resolution, Bluetooth, WiFi, and various manifold wonders besides. 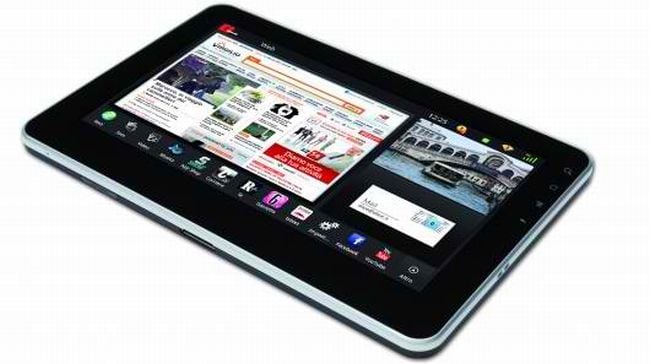 You might not be familiar with the company Olivetti, but they’ve been around awhile. In fact, they’ve been around ages. Once upon a time, Italian engineering panache and passionate functionality were the hallmarks of Olivetti typewriters and other mundane industrial age office supplies. (They did early PCs too, by the way.)

It looks like they’ve more than caught up with the times. The Olipad 100 may not have rosy prospects in the global PC market, much less as a serious competitor to its siblings from Samsung, etc. but hey, it’s being pushed to at least take Italy and some of the E.U. by storm. How? Get a load of these specs (conveniently taken from the product page of the Olivetti site.):

“Interoperability with any device through USB/SD CARD ports.
Maximum connectivity on the move: 3G, Wi-Fi and Bluetooth.
Multimedia and operating versatility: music, images and video content in Full HD, eReading SW and a wide range of accessories.
Advanced graphical and game capabilities thanks to NVIDIA® Dual Core Arm Cortex A9.
Simple and user-friendly interface to optimize usability of all functions.”

We do have a bad feeling the 1W speakers are a major downer though, cos most tablets deliver so so when it comes to the all important audio. (hey, that rhymed!)

The Olipad 100 is competitively priced at $554 and is expected to hit stores later this year.