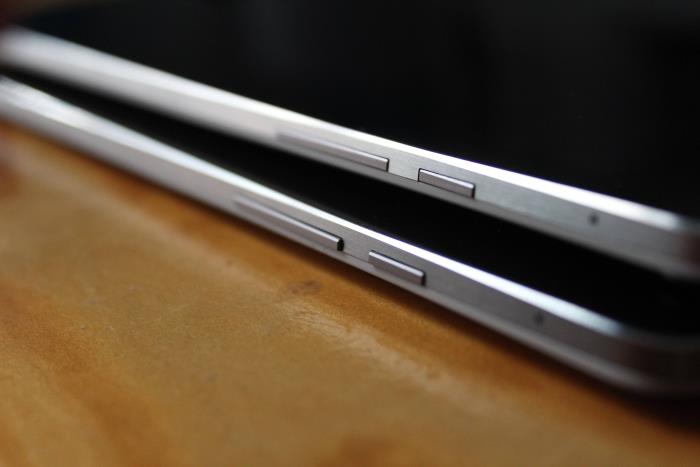 Google Nexus 9 is an excellent Android tablets which offer users with an amazing set of specifications on board. The tablet apparently had some problems with the volume and power buttons, which were a little too difficult to press.

However, it seems HTC has fixed the issue in the latest batch of the Nexus 9 tablets. As it can be seen from the image above, there’s a considerable difference in the new and old Nexus 9.

Recently, a Reddit user posted an image of the Nexus 9 with shabby volume and power buttons, comparing it with the replacement unit he received which came with some improvements over the launch day version of the tablet. The customer also mentioned his first unit had extreme light bleed problem which is also improved, it’s still present but it’s not as bad as it was in the first unit. The user also reports there’s no flexing on the back panel of the new Nexus 9.

Google Nexus 9 comes with an 8.9-inch display sporting a resolution of 2048 by 1536 pixels, Nvidia Tegra K1 processor, 3GB of RAM, 16/32GB of internal storage, an 8Mp camera for photos and videos, a 6,700 mAh battery and runs Android 5.0 Lollipop as its operating system out of the box.