All it took was a tragic car accident to change Amit Goffer’s life. But rather than do a Christopher Reeves, the paralyzed Israeli went down the Tony Stark route and launched a med-tech company that builds special suits for paraplegics. 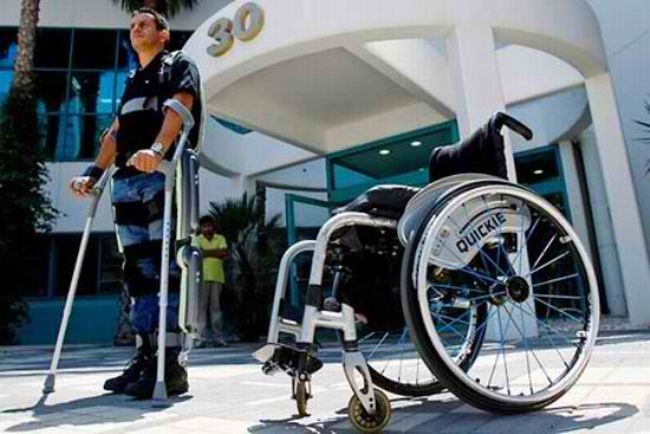 Officially dubbed the ReWalk, the half-suit (if you an call it that) restores mobility to a paraplegics’ legs and allows them to walk around a bit and ascend stairs. The technology involved may be groundbreaking, but there are still limitations when it comes to design and performance. The ReWalk can only operate for 3.5 hours, which is the lifespan of its battery until it needs to be recharged.

It’s also expensive, costing somewhere in the neighborhood of $100,000, so it’s a major investment for anyone who wants to restore their loved one’s mobility.

Last, the ReWalk is still slated to undergo testing in the U.S. and Israel, so what finally reaches stores early next year (January the soonest) may have slight alterations from Goffer’s original build.

But paraplegics should not lose hope, since the ReWalk isn’t the only device of its kind and advances in robotics will soon (as in the next 15-20 years) bring us such wonders as MJOLNIR armor (shields included) and Iron Man suits. Not to mention titanium exoskeletons for SkyNet “employees.”