IK Multimedia has showcased their new iRig Mix at CES this week, which is the first mixer specifically designed for iPhone, iPod touch or iPad devices. But offers the same controls you would expect from a professional DJ mixer, including crossfader, cues, EQ and volume controls to name a few.

iRig Mix allows DJs to use a traditional setup with two devices, with one plugged into each of the independent channels, or a single iOS device. Providing a great solution for solo musicians or small ensembles that use one or more iOS devices to play live. Watch the promotional video after the jump to see it in action. 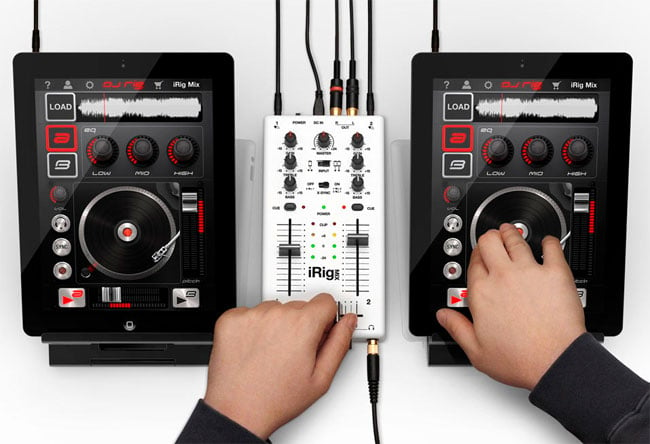 iRig Mix costs $99 and will be available in February 2012, however pre-orders are already available from IK Multimedia online store and other selected resellers.