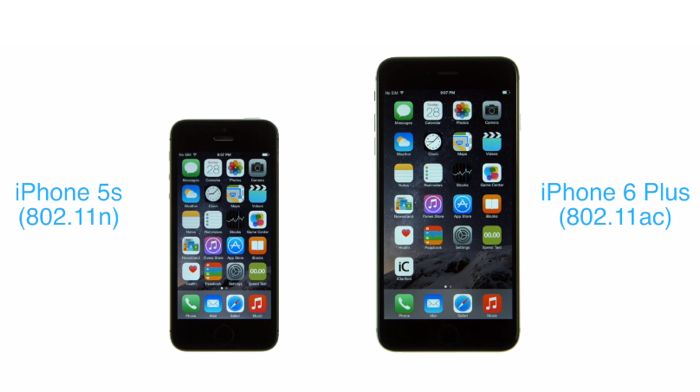 The video below shows the difference in WiFi speeds on the iPhone 6 vs iPhone 5S, the video was put togther by the guys from iClarified, and both handsets were connected to an AirPort Extreme, more details below.

As you can see from the video, there is a notable difference between the two devices, the iPhone 5s had a top speed for 101.1 Mbps and the new iPhone 6 had a top speed of 278.5 Mbps, which is almost three times faster than last years iPhone 5S.