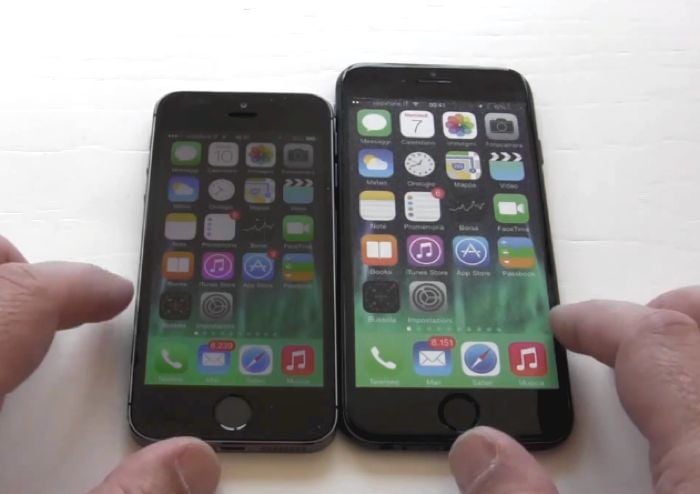 We have already seen one video of the iPhone 6S vs the iPhone 5S, now we have another from the guys over at Macitynet, and this one gives us a better look on how the two smartphones compare side by side.

The video shows the 4 inch iPhone 5S next to a physical mockup of the 4.7 inch iPhone 6, the mockup is based on the leaked schematics and renders of Apple’s next generation iPhone.

From what we have seen from the physical mockups of the new iPhone, the handset will come with a more rounded design than that of the iPhone 5S.

Apple are rumored to launch two versions of the iPhone 6, one with a 4.7 inch display which is slated for release in September, the other with a 5.5 inch display which will launch later on in the year, possibly in October or November.

The iPhone 6 is said to come with a number of upgrades over the iPhone 5S, the handset will apparently come with NFC and a new mobile payment system.

Apple are expected to debut their next generation 64-bit mobile processor in the new iPhone, the Apple A8, and the handset is also expected to get more RAM than the existing model.

The camera on the new iPhone will also get updated, although it may still be an 8 megapixel version, it will get a new camera sensor that will feature electronic image stabilization.

The iPhone 6 will come with Apple iOS 8, which is said to feature HD audio, and will also come with Apple’s new HealthBook application for fitness and health tracing, the handset is expected come with new headphones, which will be compatible with HD audio and also be integrated into the fitness tracking.

As well as the new iPhone and iOS 8, we are also expecting Apple to launch their first smartwatch in September, the Apple iWatch, and this is one device we are looking forward to find out more information on.