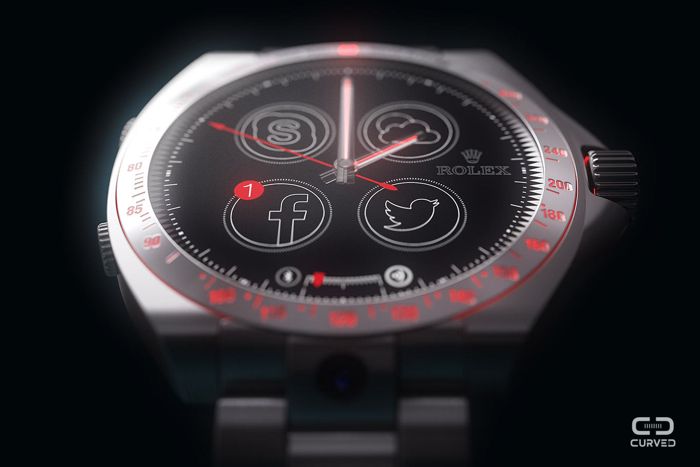 The Apple iWatch is rumored to launch in September along with the new iPhone 6, and last month we heard rumors that Apple were trying to work with various Swiss watchmakers on the Apple iWatch.

Apple didn’t get very far with the watchmakers in Switzerland on the iWatch, but if they had, then the Apple iWatch may have ended up looking like this iRolex concept from the guys over at Curved. 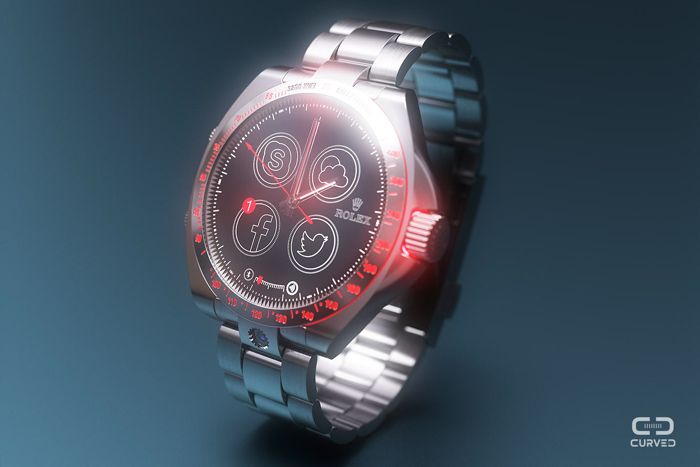 The iRolex concept takes some of its design cues from a classic chronograph, and it combines a hybrid design with analogue and digital elements. 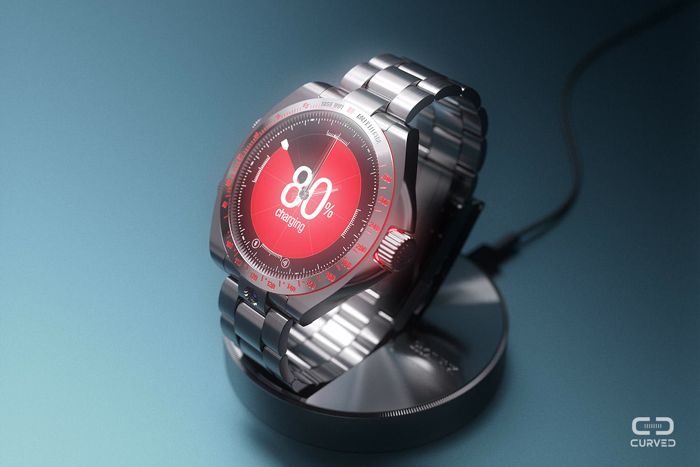 The guys from curved used the flat design and app notifications from iOS 7 for their Apple iWatch design, have a look at the video below, it certainly looks very interesting. 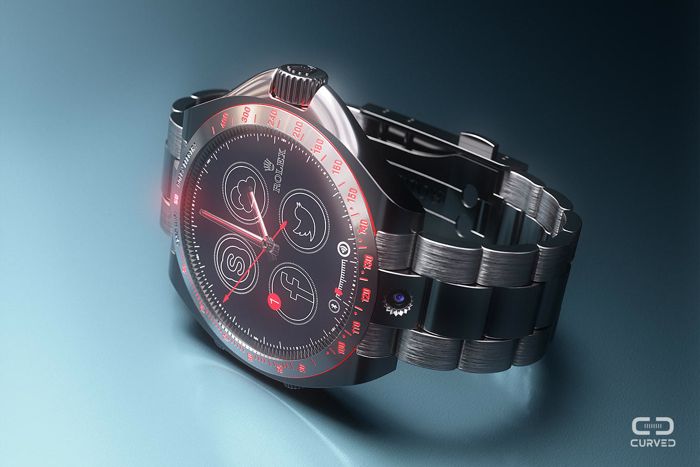 The design of this concept smartwatch is more traditional than the designs of current watches on the market, and we are looking forward to see what the Apple iWatch design is like.

The only device that we have seen so far that features a traditional watch design is the new Motorola Moto 360, this is one device that we are looking forward to seeing this year, and we suspect it will be very popular.

Apple iOS 8 will come with a range of health and fitness tracking features built in, as will the new iPhone 6, and this will be one of the main features on the iWatch.

We also heard recently that Apple are working on a new fitness platform that will be similar to the app store, and the apps will be available for the iWatch and the iPhone 6, although this is expected to come later in the year, and not at the same time as the iWatch release.