This means that people who purchased an iPhone 4 could use it on any network they want in the UK, there is just one small problem with this, the new iPhone 4 uses a new type of SIM card and people are having trouble getting their hands on the new Micro SIM card.

Geeky Gadgets has spoken to all of the five UK networks offering the new Micro SIM cards, you can see below what each of the five networks told us. 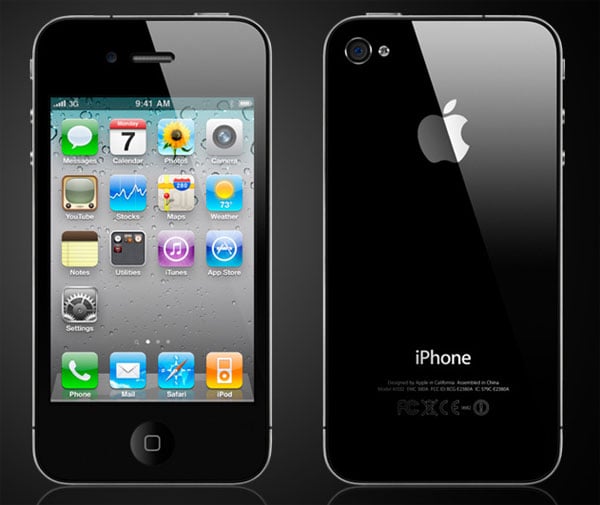 O2 told us that if we wanted to get a Micro SIM card, they wouldn’t be available until the 24th of June, and we could either go to our local store and pick one up on launch day, or wait for one to be sent out to us after the 24th of June.

O2 have said that they will be sending out Micro SIM cards to some, but not all customers who pre-registered for updates on the iPhone 4 on their website, they couldn’t tell us which customers would get the new Micro SIM card.

I just spoke to O2 again, and they have said that anyone who has pre-registered for an iPhone 4 on their website should receive their Micro SIM before the 24th o June, which sounds a bit more promising. They have also released a guide on how to swap your existing SIM to a Micro SIM, full details here.

I have just spoken to O2 and it looks like the Micro SIM cards will be available from next week, probably the 22nd, full details at the link below.

The O2 Micro SIM cards are on the way, full details at the link below.

Vodafone have said that they don’t have the Micro SIM cards in stock as yet, and they aren’t able to send them out to customers until the 24th of June 2010. They did say that this may change between now and the 24th of June.

When I asked why they were unable to release them until the 24th, I was told that they still don’t have th go ahead from Apple, on Micro SIM’s or on their price plans.

T-Mobile have said that they won’t be selling the iPhone 4 until July 2010, so they won’t have any Micro SIM cards available until then, the person I spoke to didn’t even realize that the iPhone 4 would use a new type of SIM card.

Orange have said that they have the Micro SIM cards in stock, but they aren’t able to send them out yet as they haven’t had the go ahead to release them or the iPhone 4. Out of all the networks they sounded the most promising, and are expecting to start offering the Micro SIM cards within the next few days, and will be calling me back when they are available.

It looks like existing Orange customers are now able to get the Micro Sim cards from Orange stores. Thanks Tombo.

It seems like getting a Micro SIM card before the 24th of June is going to be difficult, we suspect that Vodafone and Orange are going to have them before the 24th, although neither of them could confirm this.

We are not quite sure what is going on with the iPhone 4, and what Apple are up to, we got the impression from some of the networks selling the iPhone 4 that the reason they haven’t started selling them on monthly contracts is because Apple hasn’t given them the go ahead to.

So there you go, myself and thousands of other people have purchased a SIM free iPhone 4 direct from Apple, but we may not be able to use it on the 24th of June.

We will be on contact with all the networks over the next week and will keep you guys updated on the Micro SIM cards, if any of our readers have had different information from any of the above networks, please let us know in the comments.

Apple has now released the next generation iPhone, the iPhone 4S, have a look at our article on the difference between the iPhone 4 and iPhone 4S.