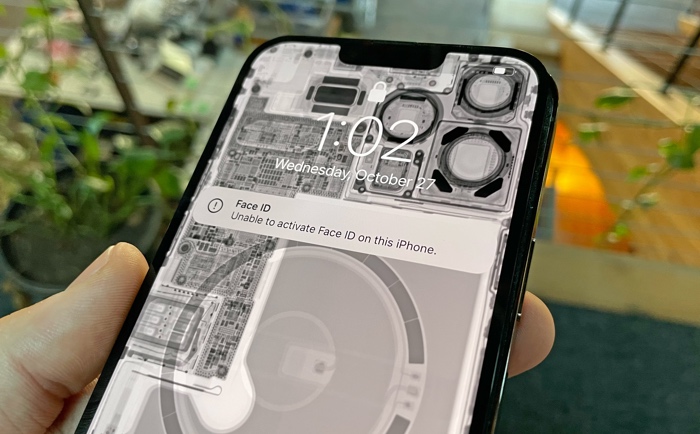 Back in September, we heard that third-party repairers were unable to easily swap the iPhone 13 screen, an issue appears with Face ID when the dis

Now iFixit has released more details about the repair and it could change the way third-party repairs are done on the iPhone 13.

On previous iPhones only basic tools are needed to replace the iPhone display, this is different on the newer iPhone, you now need a microscope and micro soldering tools and you need to be part of Apple’s Independent Repair Program.

The iPhone 13 display features a microcontroller that pairs with the iPhone, which means that if you swap in a new screen Face ID will not work unless the microcontroller has been paired with the handset. You can see more information on what iFixit has to say about this below.

It’s hard to believe, after years of repair-blocking issues with Touch ID, batteries, and cameras, that Apple’s latest iPhone part lock-out is accidental. As far as our engineers can tell, keeping Face ID working on the iPhone 13 after a screen swap should be easier than ever, since its scanner is wholly separate from the display. Technically, yes: Face ID failure could be a very specific hardware bug for one of the most commonly replaced components, one that somehow made it through testing, didn’t get fixed in a major software update, and just happens to lock out the kind of independent repair from which the company doesn’t profit.

More likely, though, is that this is a strategy, not an oversight. This situation makes AppleCare all but required for newer iPhones, unless you happen to know that your local repair shop is ready for the challenge. Or you simply plan to never drop your phone.

As yet there is no official word from Apple on why it is now almost impossible to easily replace the iPhone 13 screen when compared to previous generation iPhones.

It is possible that Apple could address this issue with a future software update and make it easier to replace the displays on the handsets. Whether or not this will happen remains to be seen.