Here on Geeky Gadgets we have featured a number of iPad drop tests that have been carried out using the G-Force iPad case. The drop tests started from the safe height of a balcony and then stepped up to an impressive 1300 foot. Now the iPad and G-Force case have been dropped back to earth from 100,000 foot, from near the edge of space. Watch the video after the jump to see the drop for yourself. 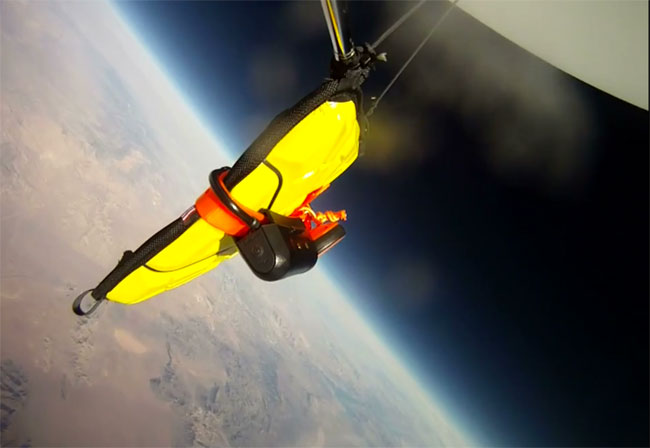 If you are wondering the beginning of space is 100 km above sea level, which is 328,084 feet, so they still have some way to go before it can be truly classed as space. But I sure in a few weeks the distance will be even more absurd. G-Form’s VP innovations, Thom Cafaro explains:

“As far as we know, this is the first iPad ever in space,”-“And definitely it’s the first iPad that’s ever free-fallen from space and survived to play more movies. We are usually known for making the most protective gear on the planet,”-” so we decided why not raise the bar to off the planet too.”

You can find more information about the G-Force iPad case over on the manufactures website.