Both of Apple’s latest tablets, the iPad Air, and Retina iPad Mini are now available to buy, and now we have a video from the guys over at Pocket Now comparing the iPad Air vs iPad Mini Retina display. 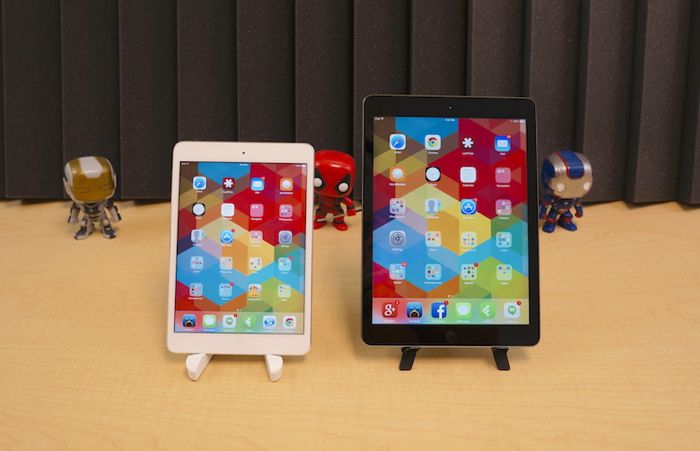 The iPad Air and Retina iPad Mini are powered by Apple’s new 64-bit Apple A7 processor and both come with their new Apple M7 motion processor.

Both the iPad Air and iPad Mini Retina come in WiFi only and WiFi and Cellular models, and there are four storage sizes to choose from on each tablet, 16GB, 32GB, 64GB and 128GB.

Head on over to Pocket Now at the link below, for more details on their comparison of Apple’s latest tablets.