Yesterday we saw the new iPad 2 get taken apart and now the guys over at Anandtech have run some benchmarks on the new iPad 2, to see if it lives up to Apple’s claims of two times more processing power and nine times more graphics power than the original iPad.

It seems that the new iPad 2 has some impressive graphics performance, as you will see in the benchmarks below, and whilst is isn’t quite up to the nine times faster graphics Apple claimed it certainly is a lot faster than the original iPad and also the Motorola Xoom. 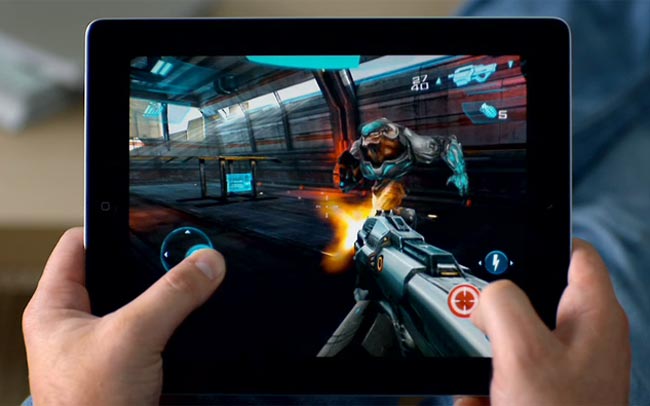 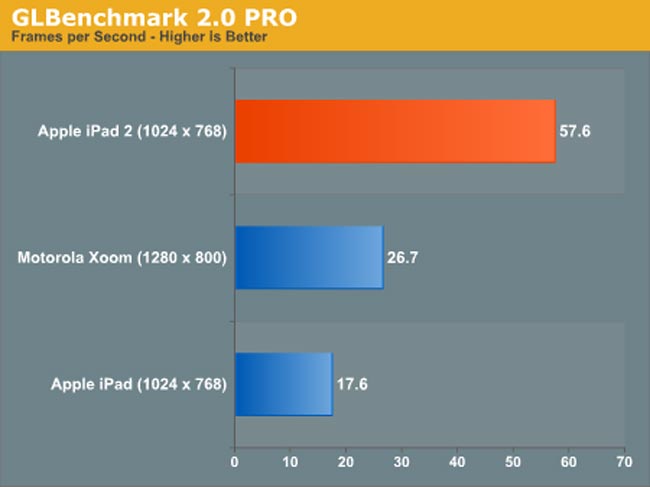 You can see lots more benchmarks and find out more information on the performance of the iPad 2 over at Anandtech, and from the looks of the benchmarks the iPad 2 is going to be the tablet to beat in 2011.