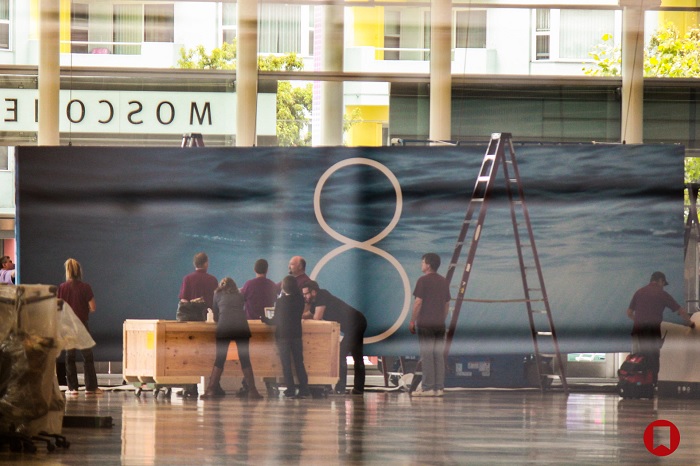 Look what we have here. We’ve seen countless number of rumors about the launch of iOS 8, and it seems we may get to see it  at the Worldwide Developers Conference next week in Moscone Center, San Francisco.

Moscone Center is being prepared for the big event, and banners with the number “8” are going up at the venue, hinting at the possible launch of the new operating system, iOS 8.

WWDC 2014 will kick off on June 2nd, and Apple will provide the live streaming of the event for those who are unable to make it to San Francisco. It’s not just iOS 8, it seems a new version of the OS X will also debut at the big event next week with the banners showing a big “X” on it. 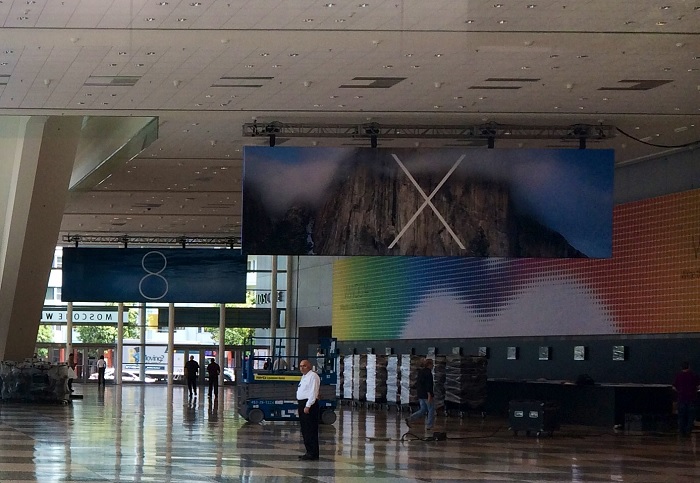 Apple is expected to retain some design cues from the iOS 7, with a bunch of new features and enhancements, such as the health-oriented Healthbook app, TextEdit, along with a bunch of improvements.

The event will kick off on 10 AM Pacific Time, and we’ll make sure you get every bit of it as it happens. Stay tuned.