Apple has released the latest version of their mobile OS, iOS 6.1.3, and the update brings a number of bug fixes to iOS devices, the main one is a fix for the passcode lock bug on the iPhone, this issue has now been fixed in iOS 6.1.3.

As well as fixing the passcode bug, iOS 6.1.3 also comes with some other unspecified bug fixes and improvements for maps in Japan, it looks like it has also fixed a security hole that was used by the evasi0n jailbreak. 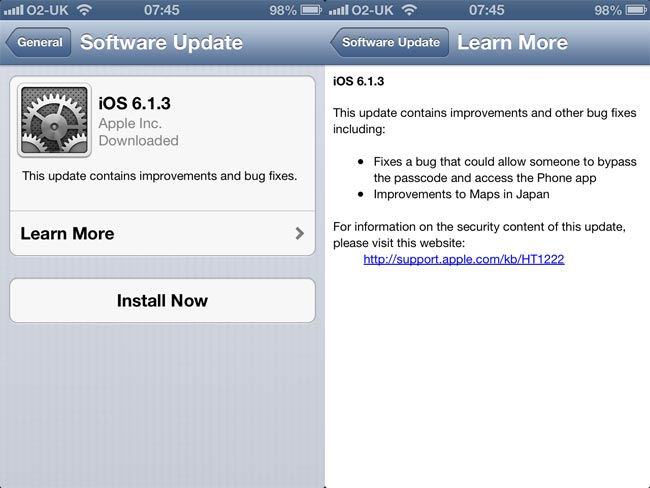 The iOS 6.1.3 software update is available now as an OTA update for the iPhone, iPad and iPod Touch, if you have been using the evasi0n jailbreak you may want to hold off updating as iOS 6.1.3 has apparently broken the jailbreak.