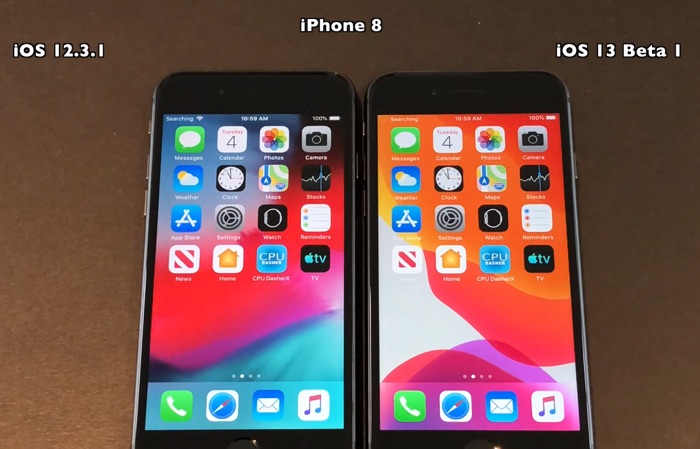 Apple’s new iOS 13 is supposed to bring a range of performance improvements to the iPhone and iPad, the first beta of the software was recently released.

The software is coming to the iPhone 6S and above and now we have a speed test video of iOS 13 vs iOS 12.3.1, lets see if there are any major speed improvements.

As we can see from the video there were no major speed improvements on the iPhone 6S or the iPhone 7 or iPhone 8.

As this is the first beta of Apple’s new OS this is expected and we are hoping to see some speed improvements by the time the final version of the software is released.