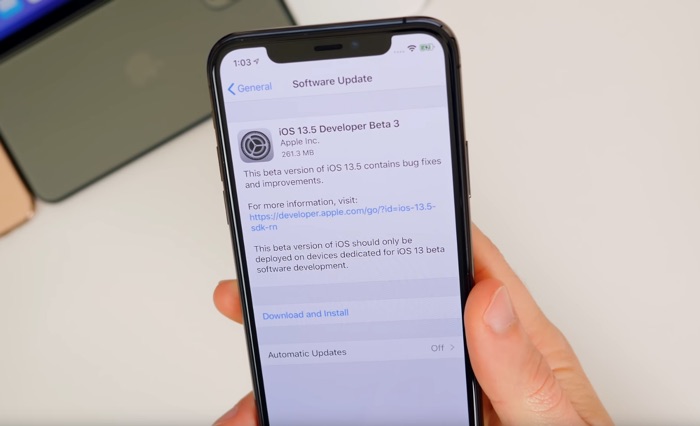 Apple released iOS 13.5 beta 3 to developers and public beta testers yesterday, the software was previously called iOS 13.4.5 but Apple has decided to change it to iOS 13.5 with this new beta.

The new iOS 13.5 software brings a range of new features to the iPhone, Apple also released iPadOS 13.5 beta 3 for the iPad. Both updates also come with a range of performance improvements and bug fixes.

This update comes with the new Apple’s exposure notification API so health providers can use it for contract tracing for COVID-19 for individual apps.

As this is the third beta in the series it will a while before the final version of iOS 13.5 lands, we are expecting this to happen some time in May.