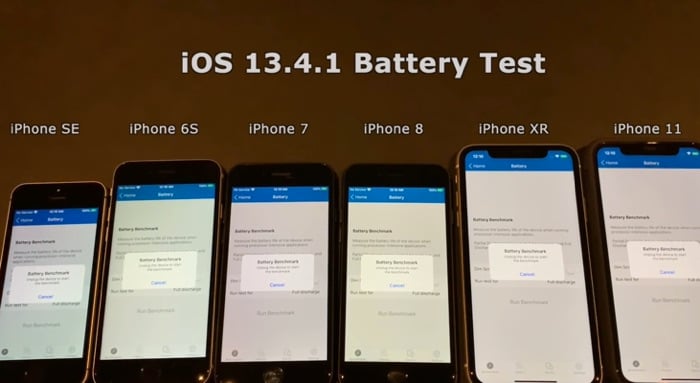 Apple recently released their iOS 13.4.1 software update and we previous saw a speed test of the OS, now we get to find out what the battery life is like.

In the video below the battery life is tested on the iPhone SE, iPhone 6S, iPhone 7, iPhone 8, iPhone XR and the iPhone 11, lets find out if there are any improvements.

As we can see from the video there were no battery life improvements in the test, some devices were actually worse with this new version of Apple’s iOS as opposed to the previous one.

Apple is also working on iOS 13.4.5 at the moment, the first beta of that OS was released recently and the update should land some time next months, lets hope that that update brings some battery life improvements to Apple’s range of iPhones.