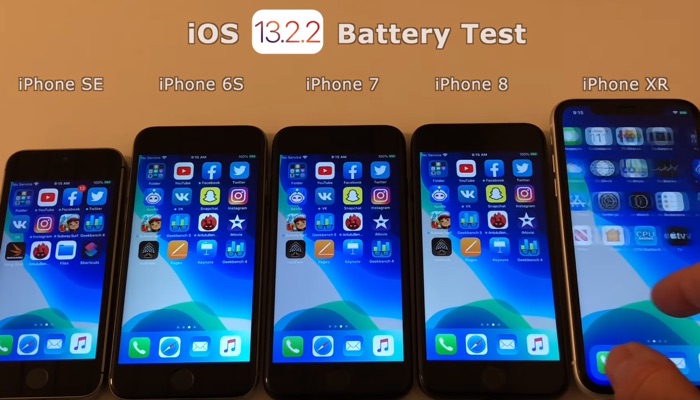 Apple recently launched their new iOS 13.2.2 software update which addressed the RAM management and multitasking issues that were introduced with iOS 13.2.

We recently saw a video of what was new in the latest version of iOS and now we have another video, this one shows us the battery life on the OS compared to the previous version.

As we can see from the video the battery tests were run on the iPhone SE, iPhone 6S, iPhone 7, iPhone 8 and iPhone XR.

So it looks like there are no major improvements to battery life with the introduction of the iOS 13.2.2 update, we wonder if this will change when iOS 13.3 is released.