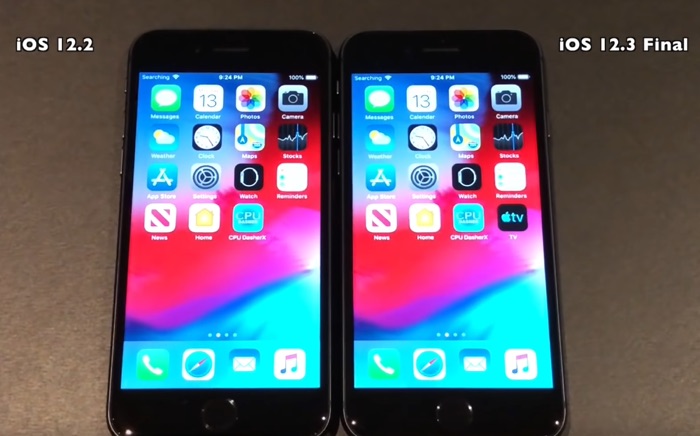 We have already seen a number of speed tests of the new iOS 12.3 vs iOS 12.2 when the betas were available an now the final version of iOS 12.3 has been released.

As we can see from the videos there are mo major speed improvements in the boot up time or withing the apps in the new version of iOS, iOS 12.3 over the previous version. This is something we saw during the release of the various betas.

The new iOS 12.3 software update is now available to download for the iPhone and iPad, you can install the update by going to Settings > General > Software update on your device.