Okay, fine. So Ion Cannons aren’t happening any time soon. Besides, unless China builds a working Star Destroyer knock off, it won’t have a viable use. That doesn’t mean giant lasers with incredible range will never come to be. Aerospace today might not be a frantic as it once was, but fast developing fields are still eliciting much excitement. Other than commercialized space flight, a lot of scientists and engineers are trying to solve our chronic space debris problem. 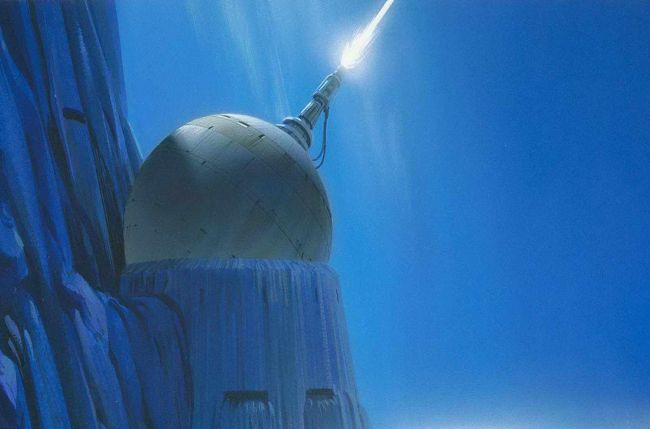 A recent idea that was published in a journal did involve a powerful laser. The difference is what was conceptualized wasn’t a giant gun but more like a tractor beam, where various sizes of space junk are ‘caught’ and made to descend back to earth, eventually disintegrating as they reenter the atmosphere.

Of course, while this sounds practical, politics are a factor hindering such a program. For starters, such a device could very easily be weaponized. It might also detonate space debris to smaller pieces, thereby worsening the problem.

In the meantime, with no short-term workable solutions being implemented, a few hundred thousand pieces of junk are enjoying their orbital view of our blighted planet. Perhaps the only real safe option is to convert an old-school shuttle into a glorified garbage truck. At least its robotic arm can be put to good use hauling junk.