‘Intelligent decisions’ means rolling the occupant/patient over to relieve the underlying skin of pressure. Bed sores are a pain in every construable sense of the word. Not only that, but the resulting infection could endanger the patients life and overall well-being. When there aren’t enough hospital staff to look after them, Swiss engineer/inventor Michael Sauter thinks the bed itself can do the job. 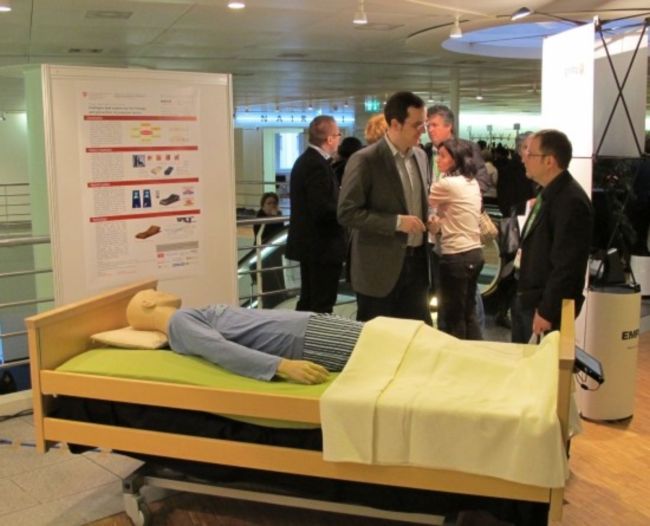 Sauter already launched a company called Compliant Concept to market and produce the Intelligent Bed, whose unique design allows it to roll a patient over and cause them to alter their position without being invasive. Developed by a small team helmed by Sauter, who’s a trained mechanical engineer, the Compliant Concept staff of four recently scored a generous funding round worth a million Swiss francs.

Of course, while a million bucks is a significant boost, Compliant Concept still has a ways to go for their invention to really fight the good fight against bed sores.

Compliant Concept’s Intelligent Bed could do a world of good to so many patients in hospitals around the world. With Europe’s graying population in need of an effective healthcare system to look after them (becoming less likely thanks to current economic and fiscal  straits), the Intelligent Bed goes a long way ensuring that bedridden senior citizens need not fret about lack of proper care.