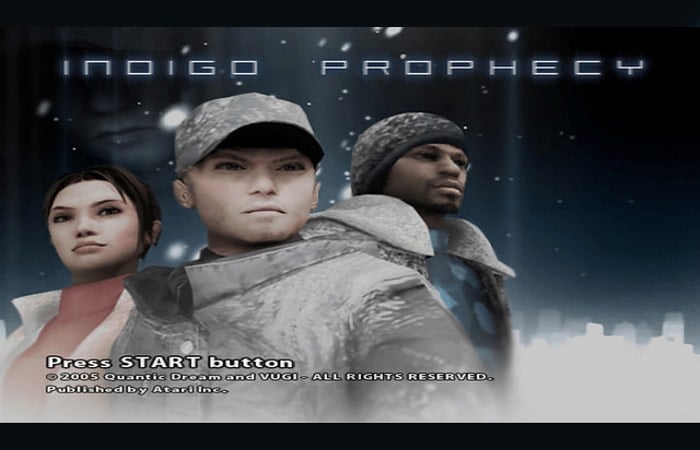 Guillaume de Fondaumiere co-CEO at Quantic Dream has taken to the official PlayStation blog this week to announce that the hugely popular PlayStation 2 game Indigo Prophecy will be launching on Sony’s latest generation PlayStation 4 console in a few days time on August 9th, 2016.

The award-winning Indigo Prophecy game takes the form of a cinematic interactive action adventure which is being launched on both the PS2, Xbox and PC.

Fondaumiere explains a little more about the games development and progression to the PS4 :

Indigo Prophecy was initially launched in 2005 in partnership with Atari. Looking back, I can say that our team’s serenity and faith in what we were creating was in direct opposition to the skepticism of a great number of people to whom we pitched the game. This skepticism was so radical that we had to switch publishing partners during the last third of the game’s production. While we were showing off the beta version, a certain group of high-profile professionals even claimed that we would never be able to finish the game!

The reason for this skepticism was that we were creating something radically new, as we were attempting to resolve an equation that many thought was unsolvable: putting the story at the very core of an interactive experience and inventing gameplay that allowed players, through their actions and decisions, to change the way the story unfolds. Indigo Prophecy, in many ways, paved the way for Heavy Rain (released on PS3 in 2010, and on PS4 in 2016) and Beyond: Two Souls (PS3 in 2013 and PS4 in 2015).

When the game launched, we were thrilled by the critical reception. The game became the best-reviewed adventure game since Grim Fandango. We received more than 50 accolades for Best Adventure Game, Best Story, Best Original Score, and even some Game of the Year awards. The game “found its audience” and became commercially successful, which enabled us to fund a prototype (The Casting, for those old enough to remember!) leading us to sign our next game with Sony Interactive Entertainment Worldwide Studios.