Geek love can be as mushy as a Taylor Swift single at times and there’s no stronger evidence than this gushful note that’s been making the rounds lately. Bad grammar aside (who are we to judge?), it does give us ideas on ho to spend our post-work hours other than browsing gadget blogs. (wink, wink) 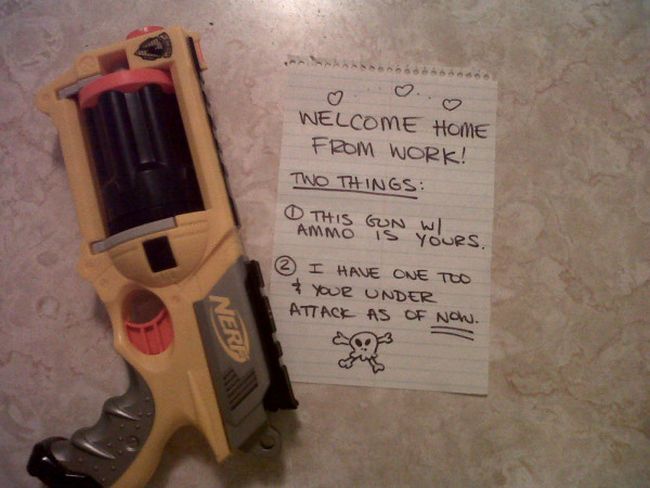 A lot of trolls have been making bones about the “your” gaff on the note. We don’t see why it’s an issue. English grammar has been on a decline in recent years anyway, so it’s the fun that counts.

Besides, since the economic doldrums persist to this day and most people lucky enough to endure dreary work get home a bit frayed from their labors, aren’t Nerf Guns the best antidote to such a condition? Especially when it comes from your significant other. Awwwwww.

Actually, what would increase the cool factor would be DIY MJOLNIR lying beside the gun with instructions to be worn. That way you go to war Spartan style for extra imaginative playtime. Brilliant!