The iDJ Live has two large performance platters, plus a central mixer with a crossfader, and everything you need to re-create a two deck mixer setup, and it comes with a stand for your iPad as well cables for the iPhone and iPod T0uch. 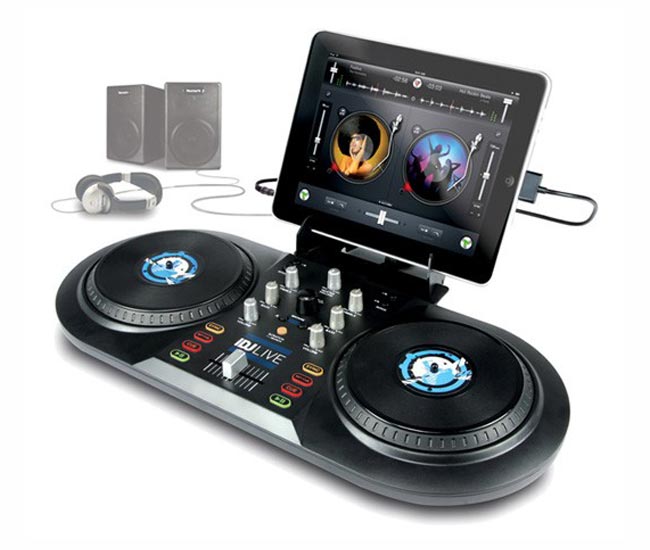 With a familiar setup and great controls, iDJ Live brings true DJ capabilities to iPad”, said Chris Roman, Numark Product Manager. “It’s so affordable and fun to use, iDJ Live is going to open up the world of DJing to entirely new audiences.

The iDJ Live will be available shortly for around $100 from Numark.