New details have appeared on the Hulu Plus website that may indicate the Hulu Plus service could be immanently arriving on Android smartphones running Android OS 2.2 or higher.

The details on the Hulu Plus website have not yet been made official but state that selected Android smartphones running Android OS 2.2 and higher are likely to support the new Hulu application.

However its also states that users interested in downloading the application will have to verify whether their phones feature on the supported list of handsets, which as yet has not been published by Hulu. But if your handset runs 2.2 you shouldn’t have to worry too much, I would have thought. 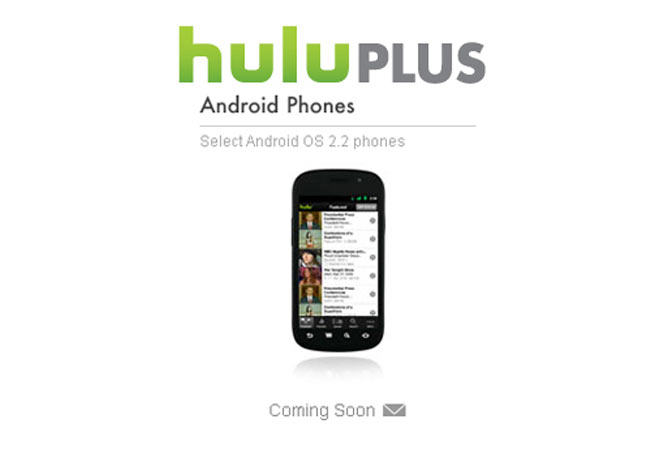 The Hulu Plus app is already available for the Apple iPhone and allows users to stream thousands of episodes from hundreds of current and classic TV shows. To allow your device to stream you will require a $7.99 a month a Hulu subscription which are available from the Hulu Plus website.