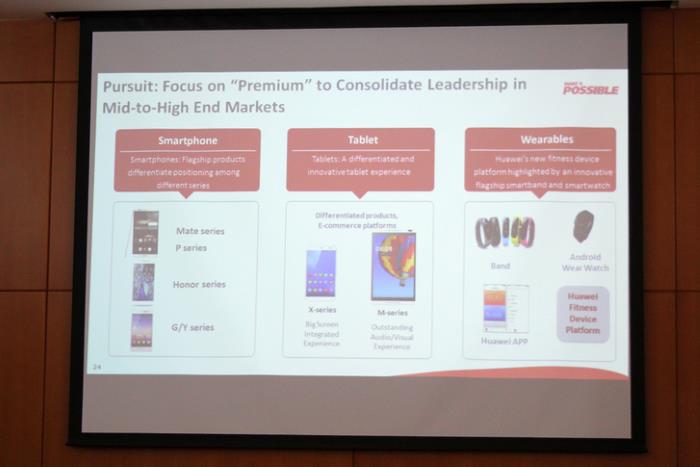 Huawei has a very decent product portfolio, and the recent smartphones from the Chinese OEM have received their fair share of success.

Recently, Huawei revealed their roadmap for 2015, hinting at some big plans for the coming months. The company showed off their brand strategy for 2015 during a media trip to its head quarters in Shenzen, China.

The slide shown above shows a number of products which will see the light of the day in the coming months, and it seems the Chinese OEM is set to launch a new Android Wear powered smartwatch, some new smartphones and tablets as well. Furthermore, it seems we may get to see new TalkBands, Mate 7 successor, Huawei P8, and many other devices.

There are no details available about the upcoming products from Huawei, but it’s highly likely that we may get to see the products at Mobile World Congress. The company has scheduled an event on March 1st in Barcelona.