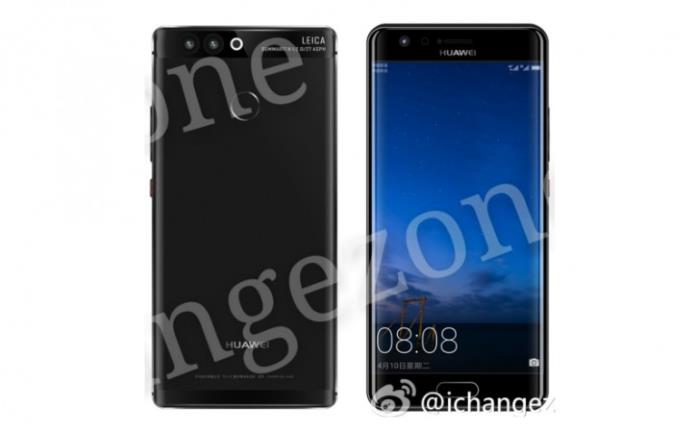 The rumors about the launch of the Huawei P10 have started to show up. Not too long ago, some images of the alleged Huawei P10 made its way on to the internet and it seems we have some more information about the alleged device.

Recently, another image of the alleged Huawei P10 showed up, revealing that the handset may come with a dual-edge display.

The alleged device apparently shows a dual-edge display. The rumors suggest a fingerprint sensor will be on board as well, possibly a conventional method, as well as wireless charging capabilities. The fingerprint sensor was available in the Huawei P9, but wireless charging was missing from the handset. Other rumored specifications includes 4GB of RAM, 64GB of internal storage, and a Kirin 960 processor. The company is rumored to launch two versions of the handset with the second one featuring 6GB of RAM on board.

There’s no word from the company itself, but we’ll update you as soon as we get other information about the launch and specifications of the alleged device.