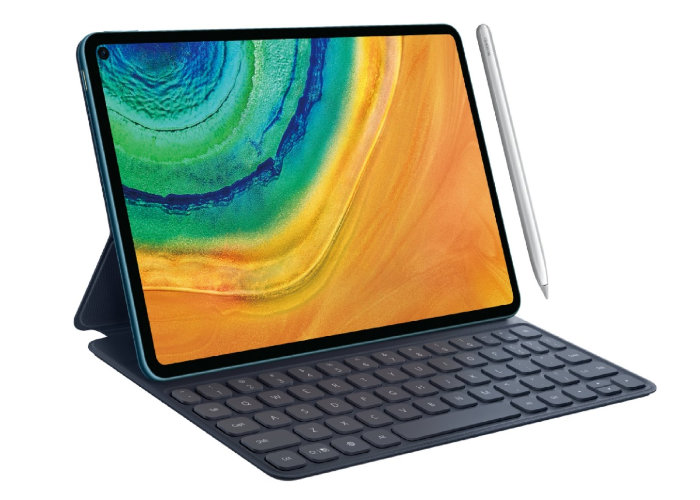 Pricing and specifications have been revealed this week for the 5G version of the Huawei MatePad Pro tablet which is expected to be available in China and Europe during June 2020. Unfortunately no details on US availability have been released as yet although pricing for the 4G, 5G and wireless only versions have been confirmed.

The Huawei MatePad Pro tablet It is powered by a Kirin 990 processor which can be supported by up to 8 GB of RAM and equipped with up to 512 GB of storage. The tablet’s 10.8 inch AMOLED display offers users a resolution of 2560 x 1600 pixels and 40W fast charging technology via a wired connection. Other features include four speakers, a USB-C port but unfortunately no head phone jack has been included. The tablet will also be shipping without support for Google Play Store or Google apps and services such as Gmail, Google Maps, or YouTube, due to the current relationship between Huawei and the US government.