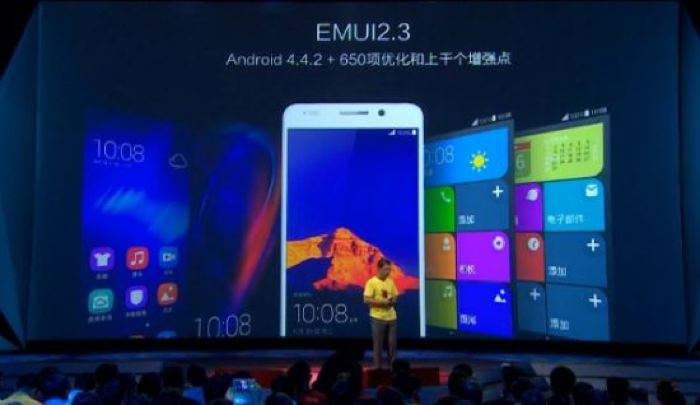 The Huawei Honor 6 comes with a a 5 inch full HD display that has a resolution of 1920 x 1080 pixels, the device features the Huawei Kirin 920, which is an 8 core Soc made from  four ARM Cortex A-15 cores and four ARM Cortex-A7 cores.

It also comes with a Mali T628 GPU and features 3GB of RAM, the handset also come with a choice of either 16GB or 32GB of included storage, plus a microSD card slot for expansion.

The Huawei Honor 6 features a 5 megapixel front facing camera and a 13 megapixel rear camera, the handset comes with Android 4.4.2 Kit Kat, plus the company’s EMUI 2.3 user interface. The device features an aluminum casing and it also comes with CAT 6 LTE, which supports download speeds of up to 300 Mbps.

As yet there are no details on when the Huawei Honor 6 will launch or how much the handset will retail for, as soon as we get some more information, we will let you guys know.