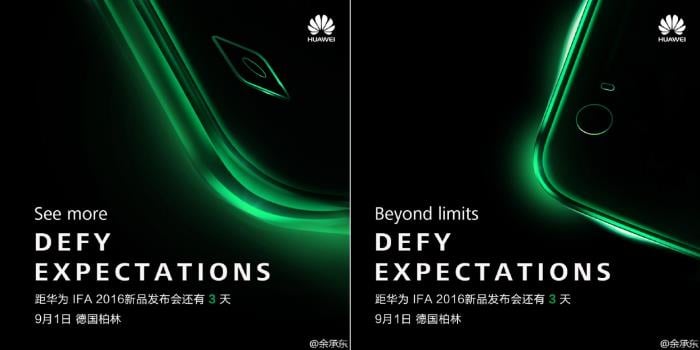 The next big event, IFA 2016, is set to take place in Berlin next month. Huawei has scheduled an event on September 1st at the big event where the company is expected to introduce two new devices.

Recently, the company’s executive posted a few teasers hinting at the launch of two new mid-range smartphones at the big event.

Previous rumors hinted that Huawei may unveil the Mate 9 flagship but the rumors went down the drain after a company’s executive confirmed it’s not going to make an appearance in Berlin.

There are no details available about the smartphones which are going to see the light of the day at the big event, but it seems the handsets will come with a metal finish offering a premium looks. No details about specifications or pricing is available, but IFA 2016 is just around the corner so we’re going to find out more about the upcoming devices from the Chinese firm.

Stay tuned, we’ll update you as soon as we get to hear anything more about the alleged devices.