The HTC Windows Phone 8X is powered by  a dual core 1.5GHz processor and a 4.3 inch HD touchscreen display with a resolution of 1280 x 720 pixels, have a look at the video of it in action below. 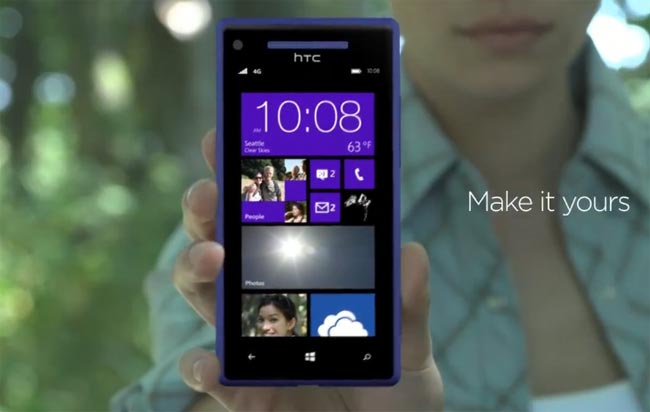 Other specifications on the HTC Windows Phone 8X include 1GB of RAM and 16GB of built in storage, it also comes with NFC, Bluetooth 2.1+EDR, and 802.11 a/b/g/n WiFi, plus Beats Audio and GPS.

The HTC Windows Phone 8X comes with two cameras on the HTC 8X, up front we have a 2.1 megapixel camera for video chat which is capable of Full HD video in 1080p, on the back there is an 8 megapixel camera with a BSI sensor, LED flash and auto-focus.