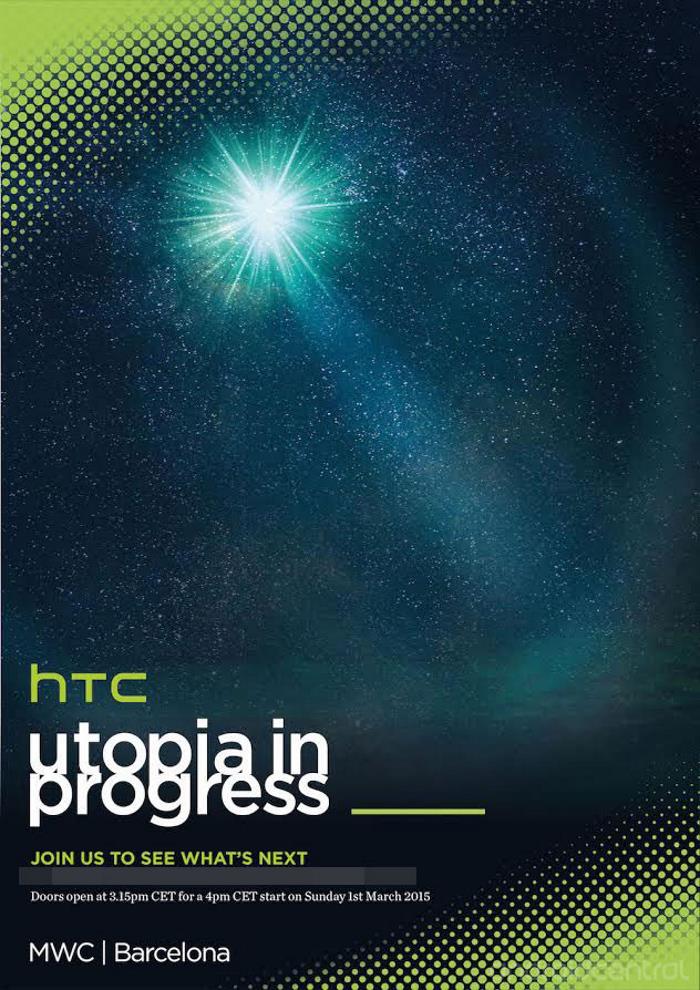 We’ve seen countless rumors in the past few weeks about the purported HTC One M9. Previously, we heard that HTC is expected to introduce the HTC One M9 codenamed Hima in March, and it seems it could be true.

Recently, the Taiwanese company sent out press invites for an event on March 1st at the Mobile World Congress 2015 in Barcelona.

The tag line reads, “Utopia in progress — join us to see what’s next.” Although the invite doesn’t mention what the company may introduce, most rumors point towards the launch of the next flagship device from the Taiwanese OEM, that is, HTC One M9.

Previous rumors suggest that HTC One M9 will come with a flaunting 5-inch display sporting a resolution of 1920 by 1080 pixels, and may come with the latest Qualcomm Snapdragon 810 processor, 3GB of RAM and Android 5.0 Lollipop as its operating system. The handset may ditch the traditional UltraPixel camera, and opt for a 20.7MP camera for photos and videos, 13MP front-facing camera, 32GB of internal storage, and a 2,840 mAh battery.

It would be interesting to see what the Taiwanese OEM has planned for its users, we’ll update you as soon as the handset is officially announced.