We have already heard about some leaked specifications on HTC’s latest Android tablet, the HTC Puccini, and now some photos of the actual device have been leaked.

The guys over at Engadget have obtain some photos of the HTC Puccini, and have also confirmed some of the specifications, which include a dual core 1.5GHz processor, 1GB of RAM, 16GB of storage and a 10.1 inch WXGA multi-touch display. 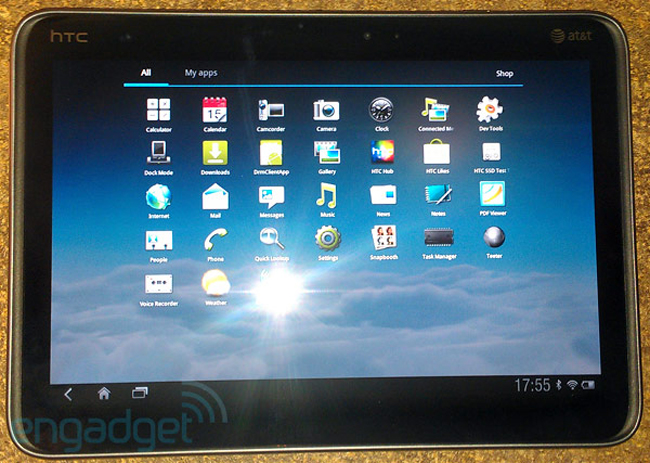 The HTC Puccini will also come with Android Honeycomb, plus an eight megapixel camera in the back, and it will also have support for LTE on AT&T.

There are no details on pricing as yet, and it is expected to be available some time next month.