The Android update process might not be as simple as everyone think it is. Every person has his own opinion, and many don’t even know the complete processor for the update.

Now, HTC has updated is software update page that details the complete Android update process for carrier, unlocked/developer and Google Play edition devices. And, it’s lengthy, no wonder why it takes so much time for the update to arrive on the handsets, compared to iOS which is available for the entire globe at the same time. 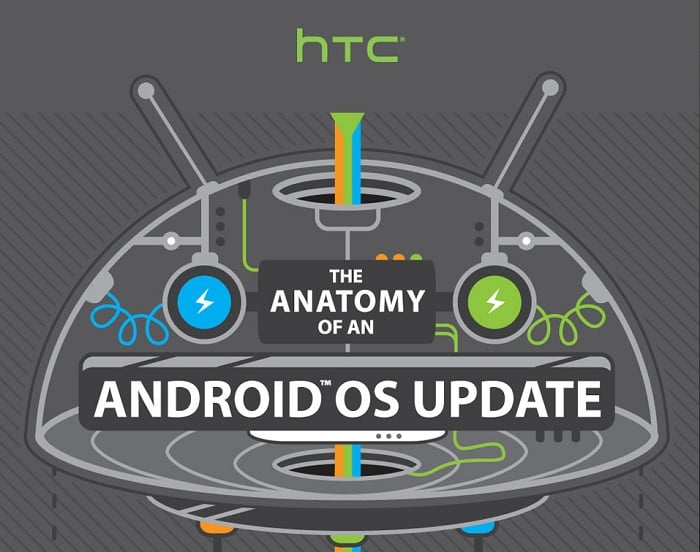 It lists HTC One on the software update page, mentioning that unlocked, developer edition and Google Play edition HTC One is already running Android 4.4 Kitkat update, with carriers versions running on AT&T, Verizon, T-Mobile and Sprint waiting for the sweet taste of Android 4.4. The unlocked version gets Sense but no carrier stuff, while the Google Play Edition is the first one to get the latest update.

The infographic provides step-by-step details about what happens at each step. It starts with Google releasing the Platform Development Kit to HTC and announces the new version of Android. Afterwards, the source code is also provided to chip manufacturers and HTC for further testing. It’s divided into several stages: Development, Integration, Test/Certification and the final stage is Push to Customer. All the details under each step can be viewed in the inforgraphic posted below.