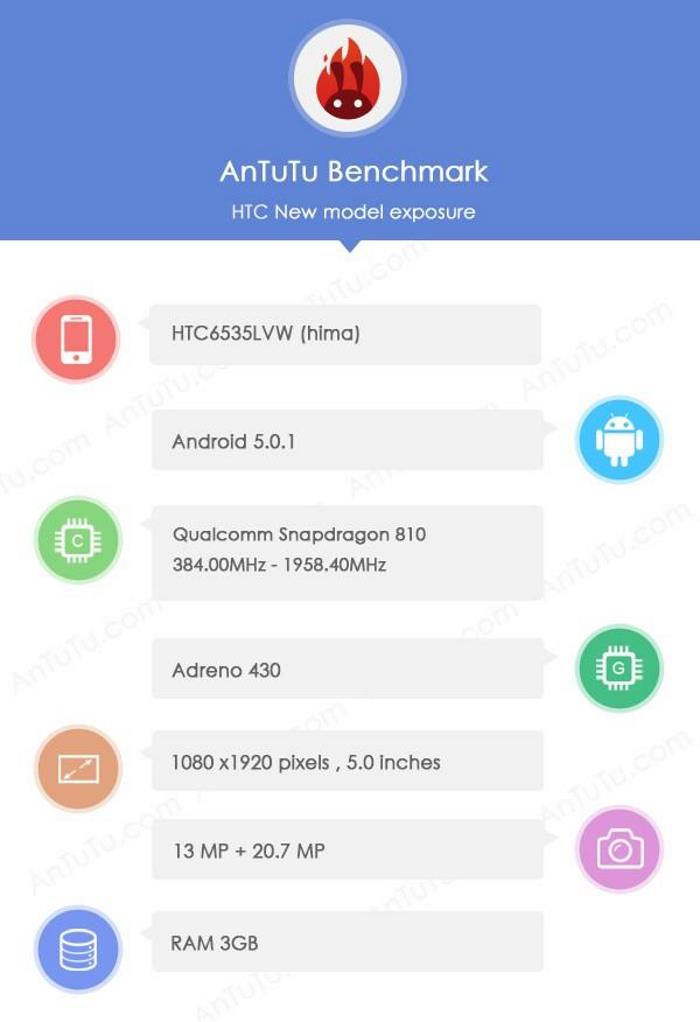 We’ve seen plethora of leaks and rumors about the upcoming flagship device from HTC, rumored to be the HTC One M9 codenamed Hima. The smartphone is expected to see the light of the day in March, but there’s a possibility we may get a glimpse of it next week at CES 2015.

Recently, the alleged HTC One M9 Hima was spotted on AnTuTu benchmarks, revealing some of the specifications it will come with.

At first look, they look similar to what we’ve heard in the past few weeks, but if you’re unaware, here’s a quick recap. The purported HTC Hima is expected to come with a 5-inch display sporting a resolution of 1920 by 1080 pixels, which is rather strange since many OEMs have launched their flagship devices with QHD resolution.

The alleged handset is powered by a quad-core Snapdragon 810 processor paired with 3GB of RAM and runs Android 5.0.1 Lollipop as its operating system. It also appears HTC is ditching the UltraPixel setup on its flagship devices, the AnTuTu benchmark reveals a 20.7MP camera for photos and videos, as well as a 13MP front-facing selfie camera similar to HTC Desire Eye.

There’s no official word from HTC so a grain of salt is recommended. The real device could turn out to be totally different.